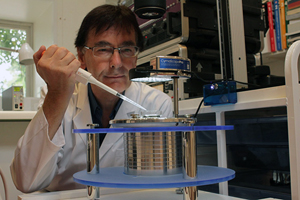 Can Music Influence the Longevity of Human Blood Cells?

Click here to the see the laboratory report describing the second series of music-blood experiments, which were very successful.

John says "The reason why certain music selections return higher living cell ratios between blood exposed to music and blood in a very quiet environment is, I hypothesise, due to the presence of specific frequencies that repair damaged cell membranes within 20-minutes of immersion in music. I conjecture that the frequencies involved in this process are at the bass end of the acoustic spectrum, although I hope to identify the frequencies in future research".

The College of Sound Healing financially supported this series of experiments. 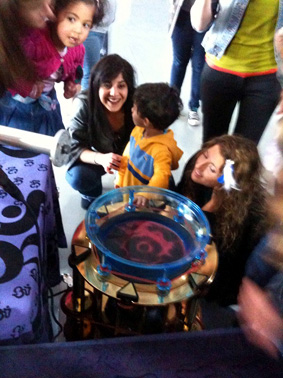 The CymaScope as a therapeutic instrument for the treatment of autism and severe deafness.

The CymaScope allows voice patterns, unique to each person, to be visually studied. This new technology can be used for phonology research - the study of speech sounds - and it is anticipated that this will lead to the development of successful therapies to support autistic children and deaf children in their acquisition of speech and language.

When the visual equivalent of vocal sounds or words can be created in real time it becomes possible for children to see the energy patterns of their own sounds on a computer screen. Some speech pathologists have suggested that such pattern recognition by the child could assist in the process of acquiring speech and language.

Marsha Steinberger, M.A. CCC-SLP, a Speech-Language Pathologist based in Las Vegas, USA, works with autistic children. "Since many children with autism are visual thinkers the CymaScope provides an ideal way to capitalize on their learning style. The visual feedback offered by this new instrument offers a real ray of hope to families with autistic children - if the child can see the sounds they are making it could greatly accelerate their ability to speak and acquire language."

We are collaborating with Special Yoga Ltd, a London-based centre who support children with ASD, Cerebral Palsy and other challenges. More information on the CymaScope Music Made Visible App is available on their web site.

Sound Healing at the Cellular Level

Following a seemingly miraculous healing of my lower back during an acoustic experiment in the Great Pyramid, 20-years ago I began to research the question "why does sound heal". I am still on that journey of exploration but I sense that I am edging closer to some fundamental answers. Traumatised cells are in a form of hibernation known as the G0 phase, or resting phase, in which they are asleep and not replicating.

To rejoin the normal cell cycle, leading to normal replication and healing, the cell requires stimulation, either by an "injection" of effective nutrition or, hypothetically, by exposure to audible sounds of the correct frequencies. I discussed this concept in detail at the Cymatics Conference in Atlanta and showed a read-out of the 'song' of a healthy cell, identifying the frequencies present, followed by the read-out of the same cell in a traumatised state, indicating which frequencies have changed.

Another avenue of exploration involves the outer membrane of a cell, its ‘brain’ as suggested by Dr. Bruce Lipton. Since audible sounds manifest naturally as a cymatic pattern on a membrane, we are employing a high-powered microscope to develop methods to image the micro-cymatics patterns that form on the surface of living cells, patterns that may energise depleted cells.

During my presentation I showed a video of sound frequencies manifesting on the cell membrane of the Aloe Vera plant and a video in which sound frequencies created by the AMI 1000 Sound Therapy instrument were made visible with a laboratory CymaScope. These two videos reveal the embedded geometries, which we have shown appear on cell membranes. The videos can be viewed at:

Eileen is the author of the best-selling book, Tuning the Human Biofield, which is based on her Academic Excellence Award-winning Master’s Thesis, Exploring the Effects of Audible Sound on the Human Body and Its Biofield. She is currently working on her second book detailing the new paradigm of electro-sonic cosmology. 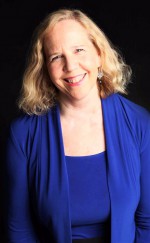 The purpose of this study was to conduct basic research on toning, in order to establish a scientific foundation for the understanding of this phenomenon.  This publication focuses on the cardiorespiratory data from the study.  The key findings are that “Toning significantly improved heart rate variability, ventilatory efficiency, and slowed the respiration rate to almost exactly six breaths per minute, a pattern that is known to optimize cardiovascular function…”

Singing was found to also positively impact cardiorespiratory function, but to a lesser degree.

Six breaths per minute is a respiration rate found in other studies of meditative practices.  It is a respiration rate that is recommended for people who want to improve their heart rate variability, Increased heart rate variability exerts a calming effect on the autonomic nervous system.  Breathing at six breaths per minute is increasingly being linked to mental and emotional calm as well.

An important part of this finding relates to the fact that toning spontaneously resulted in a respiration rate of six breaths per minute.  Moreover, the 20 participants in this study were ‘naïve’ in the sense that they had never engaged in toning before, and were not aware of potential benefits of toning. Thus, it was found that by simply engaging in seven minutes of toning open vowel sounds on the full exhalation of the breath, on pitches of the participants’ choosing, respiration rates went from normal rates (12 to 16 breaths per minute at rest) to six breaths per minute, a significant reduction.

These findings are unexpected, and stunning.  Those of us who practice toning are certainly familiar with the natural process of the ‘lengthening’ of the breath, that occurs as we tone.  To now have hard scientific data confirming this anecdotal evidence, is helpful indeed, in terms of its ability to extend the influence, impact and credibility of this most important health practice.

Stay tuned in the coming months for a second article from this same research team discussing many more findings from this large study.  Thanks for your attention and interest!

Healing Through Sound: An Exploration of a Vocal Sound Healing Method in Great Britain

This thesis describes ethnographic research conducted on a vocal sound healing method practiced in Great Britain at the College of Sound Healing, founded by acupuncturist and sound healer Simon Heather.

This phenomenological, narrative inquiry embraces a perspective recognizing the dialogic nature of ethnographic research, and includes the perspective of sensory anthropology by exploring the role of the senses in sound healing.

Findings of the study reflect a wide range of experiences which embrace a holistic conception of health encompassing both mind and body. Categories evolving out of participants' own language used to describe their experiences include the following: physical, mental, insight, emotional and spiritual.

Effects such as the release of emotions and trauma, a change from negative to more positive thought patterns, the elimination of physical pain, relaxing, calming effects and receiving deeper perceptions of life situations, are among the experiences described by participants.

Contributions to an evolving theory of sound healing include: The recognition that altered states of consciousness appear to play an important role in facilitating certain kinds of healing; the phenomenon of after-effects of sound healing which extend and evolve for sometimes days, weeks and even months after a sound healing session; the role of the senses in terms of healing efficacy, with colors experienced as healing in and of themselves; and an analysis of the relationship between intuition, intention and the sounds utilized in this method of sound healing.

Sonocytology - The Study of Cellular Sounds

Other Research on Sound and Healing

The Sidney De Haan Research Centre for Arts and Health has produced a series of downloadable guides, which offer guidance on setting up and running singing groups for people with a range of enduring health issues.

These are based on previous research, the learning from singing for health projects in the UK, and the practical experience of members of the Sidney De Haan Research Centre in establishing and evaluating community singing projects since 2004.

The guides will also be available as hard copies. Further information is available on their website.